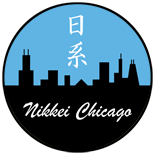 BY TAKAKO DAY In Japanese American history, Chicago is known as one of the primary urban relocation areas for those who were incarcerated in American concentration camps during World War … Continue reading →

Nisei Recollections of a Pre-Resettlement Chicago

Follow the story of “Rocky” Yamanaka, one of the few remaining Nisei who remembers life in Chicago before Japanese American resettlement, from his family’s difficulties in the Great Depression, his … Continue reading →